Detain is not enough: Sadists from RosGuard and police beat up their own people

by Bewareofthem
in Law enforcement
0

Belarus Law Enforcement to be Held Accountable for Violence

Recent weekend rallies against pension reform lead to the rise of violence against peacefully protesting civilians, who went out to the streets of their cities according to their constitutional right. Moreover, not only men, but aged persons, children and women got beaten by police batons.

Rallies participants, reporters and observers have frequently noticed actions that can be described as abuse of power by the police the RosGuard. 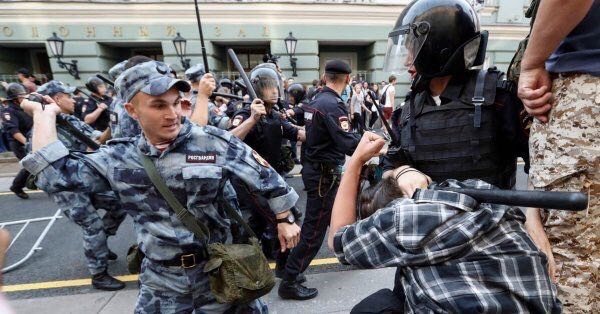 On the pictures a RosGuard officer (Dzerzhinskiy Separate Operative Division) makes numerous hits to the head, while his victim tries to cover it with hands. 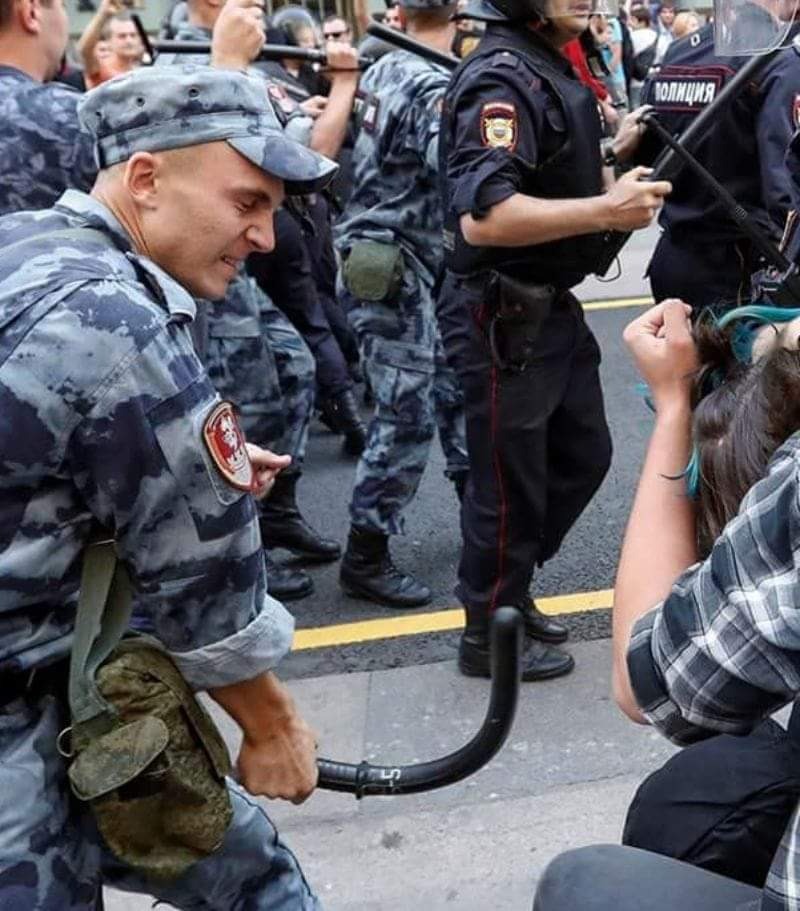 The victim showed no resistance to the RosGuard officer, so the aggression and violent behavior was unmotivated. Note the strength of the hits – the rubber baton almost bends into an arc.

On 47th second police and RosGuard officers attack a fallen person and hit him numberous times onto his head and spine. There is no resistance from their victim.

The abovementioned cases are but several examples of officers’ unmotivated abuse against the citizens. If you have additional information about so called legal enforcers violating the law, please send it to us.

We ask the civil society to help us reveal the identities of those who took part in beating of civilians for a further trial.

These people follow unlawful oreders and beat the citizens of their own country, who want to express their political and civil position. If you know any of these people, please contact us via email at bewareofthem@protonmail.com or using our administration feedback channel on the Telegram (@bewareofthem).

Bring them to justice!

Igor Shustov, a 16-year-old student from Saratov, became a victim of a provocation by the Russian Federal Security Service (FSS),...

Belarus Law Enforcement to be Held Accountable for Violence

Editorial statement due to the situation in Belarus: Belarus is a part of the historic Union - that is why...

Artem Vazhenkov’s lawyer reported that his defendant is being tortured

Artyom Vazhenkov's lawyer Anton Gashinsky reported that Artyom is held in inhuman conditions and has been beaten. Open Russia coordinator...

Volunteers have identified one of the policemen who broke "Mediazone" journalist David Frenkel's arm while trying to force him into...

Russian Civil Society is Under Attack Once Again

A "Patriot" from Australia

Diakonov Nikolay Leonidovich – a corporal of the hybrid warfare