The fake has been registered by previously convicted for husband homicide Inga Kvaratskhelia aka Krivitskaia who has already spent 16 years in jail.

Feygin warned about Kremlin provocateurs at The Free Russia Forum

On July 23, 2017 two women broke into press conference held by “Novaya Gazeta” on the situation around tortures in places of detention. The intruders tried to disrupt the meeting by insulting speakers, accusing them in lying and claiming that “everything is fine” in Mordovia penal colony No.2.

The women did not respond to organizers’ requests to abandon the venue, while continuing to provoke the previous speakers.

While leaving the press-center, the conference participants encountered a NOD picket with obscure posters. Reporters from REN-TV – a pro-Kremlin TV channel – attended the press conference, too.

NTV, another pro-Kremlin TV channel, fabricated a deceitful report as a part of coordinated information attack on independent human rights activists and journalists. 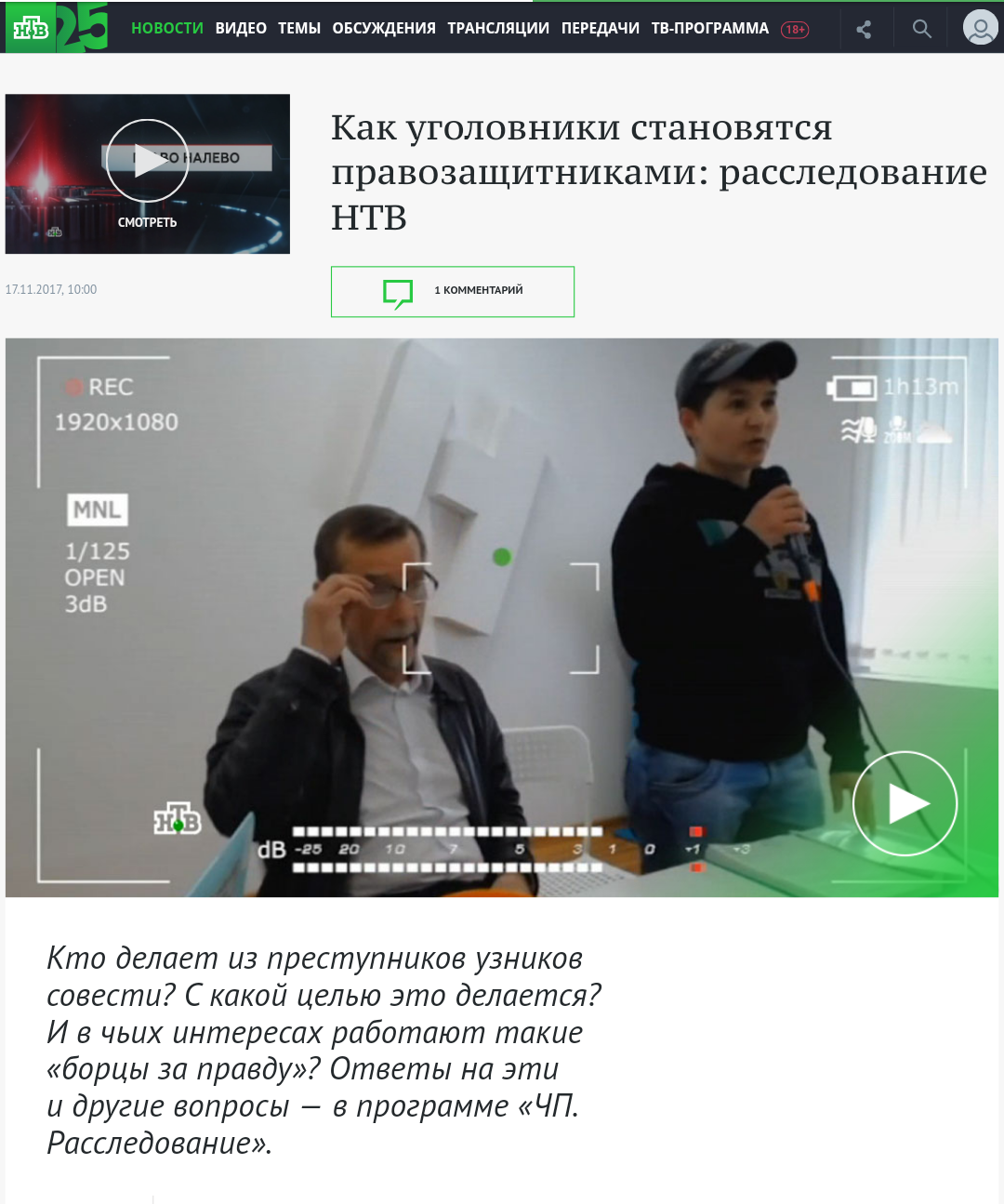 Text on the picture: “How criminals turn into human right activists: NTV investigation”

“Who turns criminals into prisoners of conscience? What is their purpose? And in whose interests do the “fighters for truth” serve? The answers on these and other questions – in our investigation”

The women who played the main part in the provocation were Inga Kvaratskhelia and  Natalia Pashkevitch.

Inga Kvaratskhelia and Natalia Pashkevitch spent their incarceration in female penal colony No.2 in Mordovia as “activists” (the prisoners cooperating with the colony administration and pressurizing other inmates).

According to present information, Kvaratskhelia and Pashkevitch physically abused other inmates and took away their packages. Earlier they were convicted of serious crimes.

The creators of the real ‘Rus Sidyashaya’ are sure, that this provocation and unlawful activities of Inga Kvaratskhelia-Krivitskaia and her fake organization is backed by Federal Penitentiary Service.

The provocateur and fraud Krivitskaia demands to charge reporter Olga Romanova and human rights activist Lev Ponomarev 2 million roubles. She also demands that the court found false the information published on Olga Romanova’s web page, HRA, “Novaya Gazeta” and on web-site of radio Echo of Moscow. Moreover, Krivitskaia demands that these articles were deleted and asked the court to oblige Olga Romanova and Oleg Ponomarev to publish a denial “by publically distributing information by the means of the Internet, media and radio”.

Moscow Khoroshev region court postponed the trial on the complaint on the protection of business reputation by former penal colony No.2 inmate Inga Krivitskaia till 10:00, January 25, 2019. 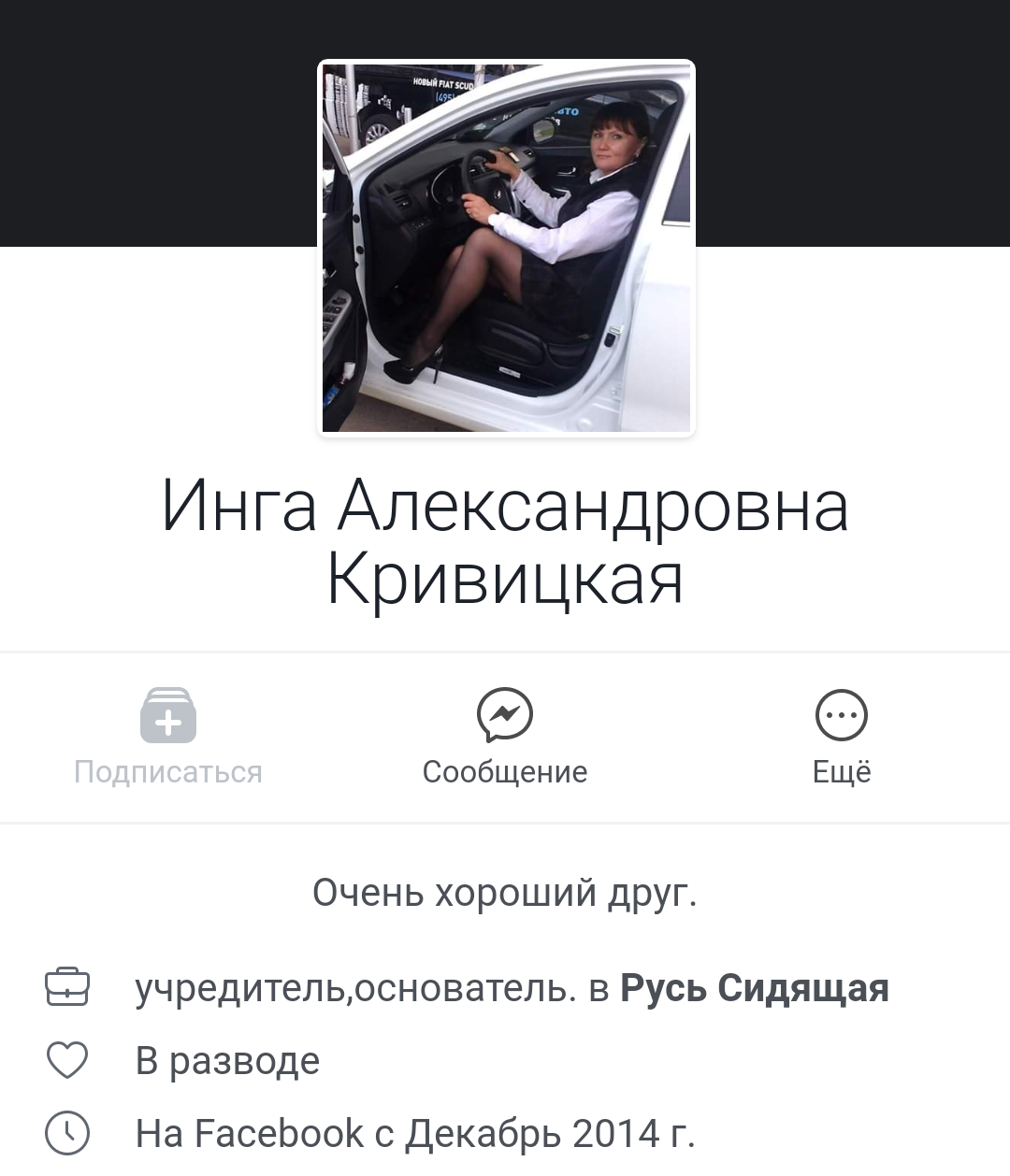 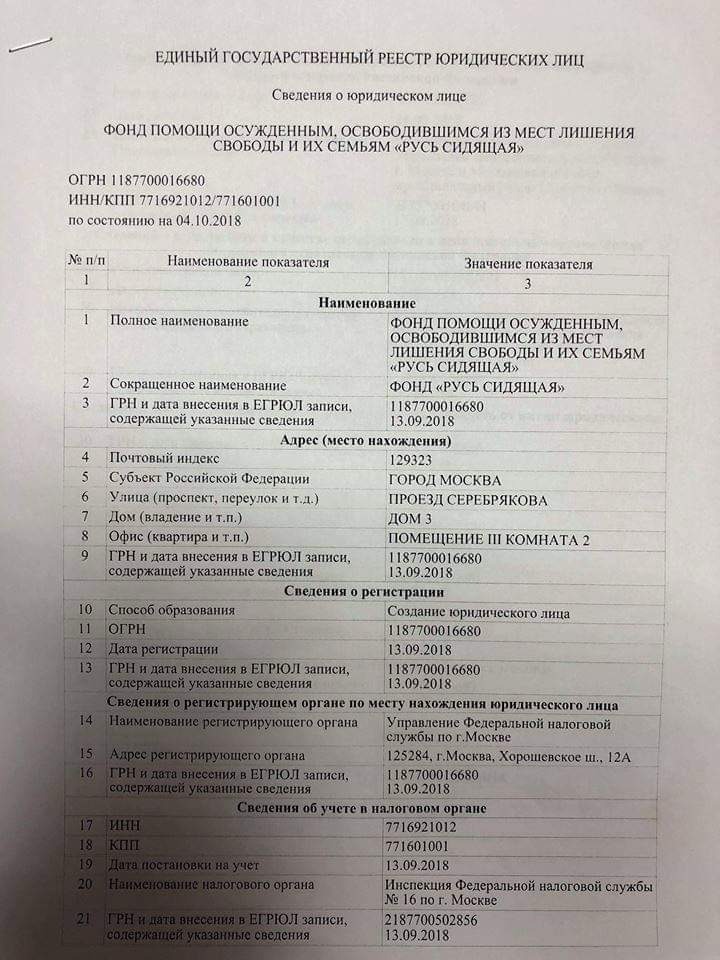 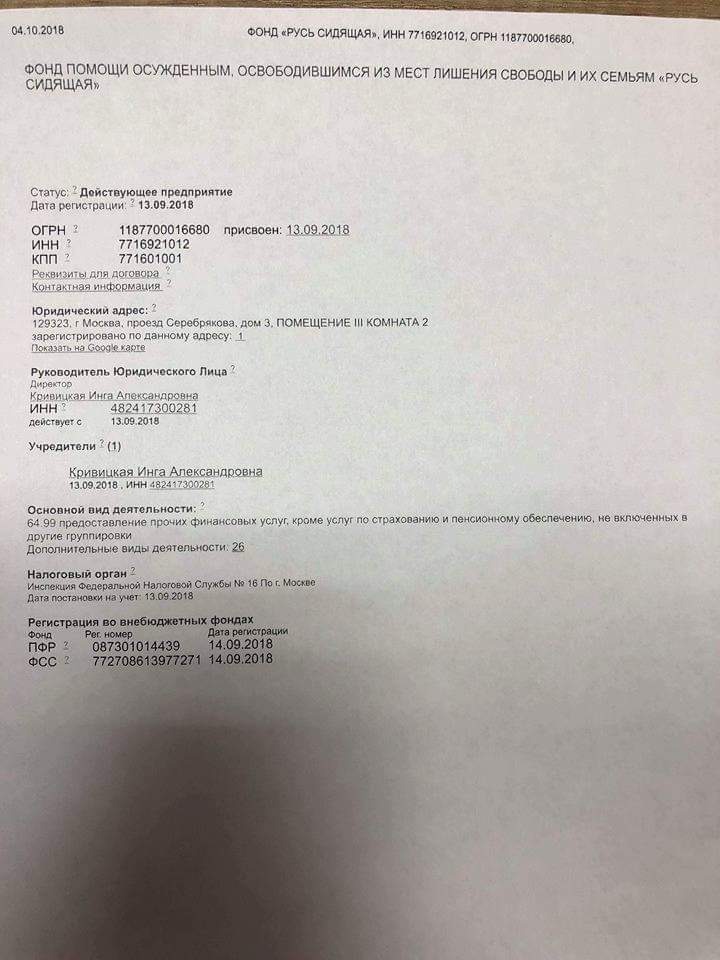 The logo and fonts stolen from the original ‘Rus Sidyashaya’. 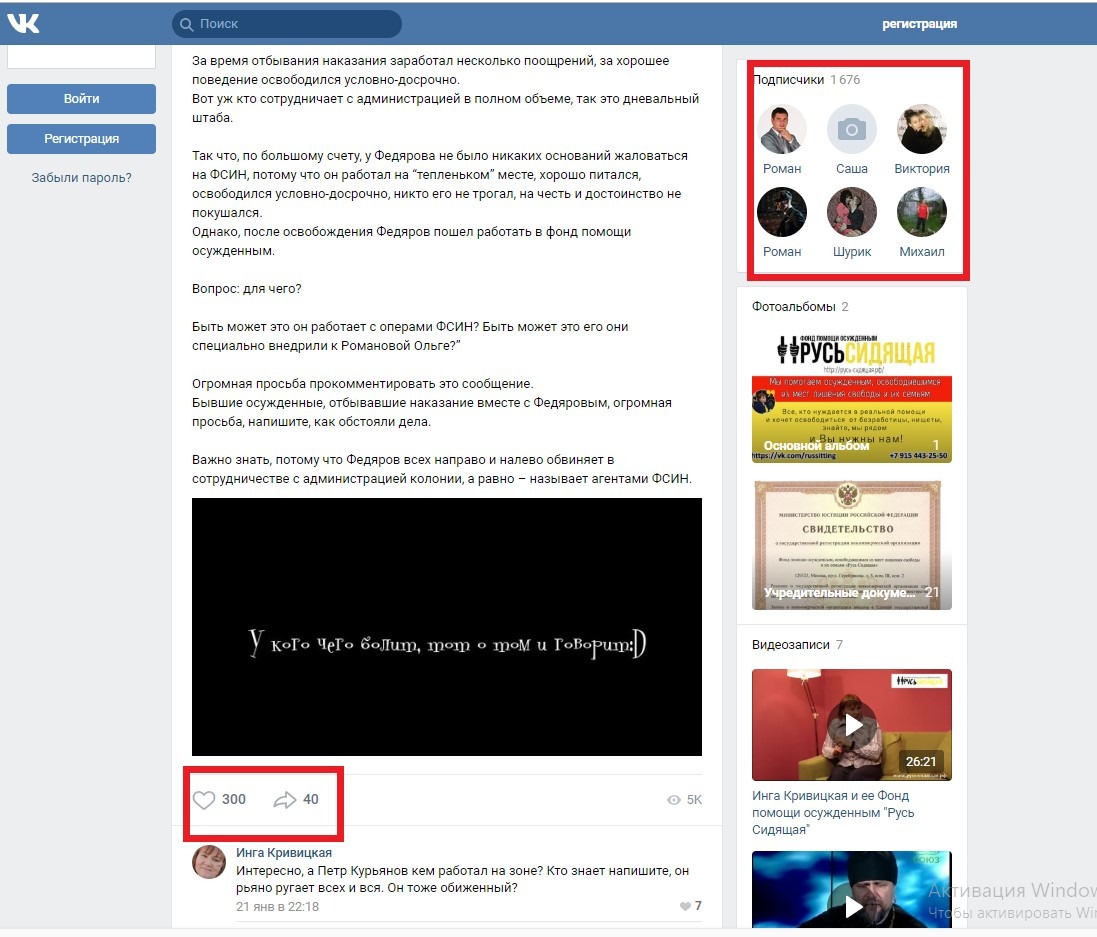 Text on the picture: «During his incarceration he had some testimonials for good behavior and was released on parole.

Who is the person to coop with the administration if not the orderly man?

In general, Fediaiev had no reasons to complaint about the Federal Penitentiary Service as he was working on a good place, well fed, released on parole, never abused physically or morally. However, after his release Fediaiev started to work with Convict helping foundation.

The question is: what for?

Maybe he is the one working with FPS operatives? Maybe he was introduced to Olga Romanova on purpose?

We ask former inmates who were incarcerated along with Fediaiev to tell about the real situation.

It is important, because Fediaiev indiscriminately accuses people in cooperation with colony administration and labels everybody as FPS agents.

I wonder what was Petr Kurianov at the colony? Please inform if you know, as he actively scolds everyone. Was he an untouchable, too?”

According to current practice, the provocative activities can be carried out only under full support and approval from the MIA and FSB curators. The work of Krivitskaia and her team has all signs of a diversion, planned by authorities against the few independent human rights organizations left in Russia.

If you have any additional information, please email us at bewareofthem@protonmail.com or contact us via administration feedback channel @bewareofthembot.

Feygin warned about Kremlin provocateurs at The Free Russia Forum

Mark Feygin, a famous lawyer who defended Nadiya Savchenko and Pussy Riot, left the Free Russia Forum and told about...

The main Kubanian fighters against Western culture and LGBT

An attack on Pavel Nikulin – chief editor on “moloko plus”* almanac - and reporter Sofiko Arifdzhanova has been committed...

Denis Ganich is a coordinator and provocateur from the NOD, he receives a salary directly from the odious Duma deputy...

Enforcers, all your actions are recorded!