No Result
View All Result
Home Cross-border corruption The oligarchs

by Bewareofthem
in The oligarchs, Без рубрики
0 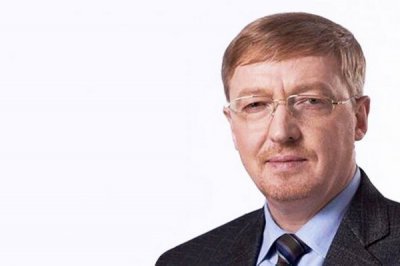 In February of 2017, he sold a 2.7% stake in PhosAgro to a company controlled by Andrei Guriev and his family members for 8.9 billion rubles.

There is an interesting detail on Antoshin – Moscow has always been his place of residence, but for some reason, the higher education he obtained at Saint Petersburg Mining University, is at the age of about 40. In all likelihood, he was a privileged client, to the illegitimate group created by the rector of the Mining University in 1994 consisting of the faculty members of the university, who were engaged in the production of candidate and doctoral dissertations, and higher education diplomas to wealthy customers or significant officials. As it is known, this group produced the Ph.D. thesis for Putin in 1997.

V. Litvinenko personally made these Putin’s thesis, which was later recognized as plagiary.
Apparently, Antoshin received his diploma in approximately the same way, either due to an acquaintance or for money.

Currently, he has a joint business in St. Petersburg with V. Litvinenko.

He took an active part, on the side of Putin’s power structures, in the seizure of the company Apatit, which was part of the holding PhosAgro, after the arrest of M. Khodorkovsky and P. Lebedev. Since 2003, the legal owners of the enterprise, through threats and blackmail, were forced to sell their shares at a deliberately low price. The primary “mediator” then was the rector of the Mining University Litvinenko, who spoke with shareholders from the positions of Putin’s closest representative.

Antoshin, according to witnesses’ information, performed the role of a technical executor in the procedure of transferring shares from legal owners to the new ones appointed by the Kremlin. Litvinenko himself became an owner of 19.35% of shares which means a dollar billionaire.

Later on, being one of the primary owners of PhosAgro, Antoshin, according to the reports of the direct participant of these events, was engaged in organizing and implementing illegal schemes of tax evasion with the help of offshore companies in the territory of Kalmykia (for example). As a result of such unlawful actions, he obtained significant financial resources, acquiring on the new assets for PhosAgro (Balakovo mineral fertilizers, Ammofos, for example) and other companies capitalizing the holding, which in turn contributed to the growth of the stock price on the London Stock Exchange.

Several years ago a scandal broke out in PhosAgro. Former than the top manager Igor Sychev, filed a claim against Antoshin and Guriev over the fact that these shareholders have deceived him and have failed to fulfill contractual obligations for some work done by Sychev. Sychev also threatened to expose the criminal activities of Antoshin, conducted by him with the approval of Guriev and Litvinenko to conceal taxes for hundreds of millions of dollars. To get rid of the annoying former companion, Antoshin, according to Sychev, ordered the fabrication of a criminal case against Sychev.

Several activities were carried out towards Sychev within the framework of the criminal case initiated by the Investigative Committee of St. Petersburg under the article of “Extortion.” The materials of the case were based on the statement of a substantial shareholder of PhosAgro – Igor Antoshin. The reason for this was a letter, which he allegedly took out of his mailbox at house No 15 on Nakhimov Street.

There is no secret that in this quite enigmatic house on Vasilievsky Island reside many influential people of St. Petersburg, including shareholders of the Holding, i.e., rector of the Mining Institute Vladimir Litvinenko, Andrei Guryev, and Igor Antoshin himself.

The letter clearly stated the claim. Briefly, it can be summarized as follows – either 1 percent of shares of JSC PhosAgro is transferred to Igor Sychev, or he gets from the safe in Switzerland an envelope with audio recordings where Antoshin in conversations with him once allegedly rudely spoke about the leading politicians of Russia. For emphasis, the decoded record of audio records was enclosed to the letter.

In open sources, you can find information about how the conflict broke out between the former head of the taxation department of PhosAgro Sychev, who was working in the company from 1996 to 2013, and shareholder Antoshin. At the end of 2014, Sychev filed a complaint against former employers to the Commission on Corporate Ethics of the Russian Union of Industrialists and Entrepreneurs. To his opinion, he was short of remuneration promised by Antoshin, for winning of the unprecedented case of collecting from the plant Apatit (part of PhosAgro), for eight years of judicial proceedings in the amount of 17 billion tax payments. Thanks to Sychev, the taxation service lost the court and even paid compensation of 300 million. For this work, Sychev has agreed to receive a reward from PhosAgro in the form of a cash equivalent of 1% of the shares, i.e. $ 13 million. However, contrary to the agreements, he received only $ 5 million, and even these in the form of loan agreements. Sichev did not achieve his truth then.

There is every reason to assume that it was Antoshin who ordered the corrupt Investigative Committee of St. Petersburg, headed by its Chief Klaus, to fabricate this criminal case. By a lucky chance, Sychev managed to leave the country at that time and at present he has got the status of a political refugee in Latvia. Sychev periodically gives interviews to the media, where he describes his story, talks about attempts to assassinate him in Russia after the conflict with Antoshin and exposes the criminal activities on tax evasion of the shareholders of PhosAgro – Litvinenko, Guriev, and Antoshin. He has handled in an application to the Investigative Committee of the Russian Federation and FSB, describing the facts of the criminal activities of the shareholders of PhosAgro. In the Russian Federation, Sychev is trying to achieve the closure of a criminal case that was unlawfully initiated against him, but he is unlikely to be able to achieve any result there due to the corruption of Russian law enforcement agencies and courts.

According to a press release issued by the “PhosAgro,” in 2017, a member of the Board of Directors, Igor Antoshin, received under direct management 12.66% of the shares (16.395 million 038 shares) of the company. It is noted that the transaction was completed due to the liquidation of Dubberson Holdings Ltd, Carranita Holdings Ltd and Vindemiatrix Trading Ltd, the only shareholder of which was Igor Antoshin.

PhosAgro is the first in Europe and the third in the world for the production of phosphorus-containing fertilizers. Besides to Igor Antoshin, the owners of the company’s shares are the structure of the deputy chairman of the board of directors of PhosAgro Andrey Guriev and his family members and their share in the authorized capital is 50.28% of shares. Another 14.5% are supervised by the rector of the Mining Institute (St. Petersburg) Vladimir Litvinenko. In the free float, there are about 20% of the shares. Other 1.92% of the authorized capital is in a repurchase agreement. The company’s shares are listed on the London Stock Exchange (LSE) and the Moscow Stock Exchange

Together with Guriev and Litvinenko, Antoshin is actively engaged in the buying up of the real estate in civilized countries. As for nowadays, this is a common and widespread practice for many Russian corrupt officials from among the nearest Putin entourage, who legalize money been illegally received in the Russian Federation in civilized countries.

NB. In Britain, the secret of the Witanhurst mansion is uncovered. A few years ago the largest apartment building in London, which once belonged to Elizabeth II, changed its owner. The deal turned out to be a record deal, even for the British capital being of $ 470 million.

The New Yorker magazine claims that the owner of the mansion is a Russian billionaire and former senator Andrei Guriev, who made a fortune on the production of mineral fertilizers. These assumptions were commented on by his son-in-law in a very peculiar way: Guriev owns the company, but the mansion does not belong to him. Co-owners of this mansion is Antoshin and Litvinenko as well, who jointly invested their illegally obtained in Russia money in the most reliable asset today – British real estate.

Taking into account such activity of Antoshin, there are all the grounds for including this person in the sanctions lists.

The case of Anastasia Shevchenko: the initiators and performers